Home Uncategorized Remembering Bonifacio, the Soul of the Philippine Revolution of 1896 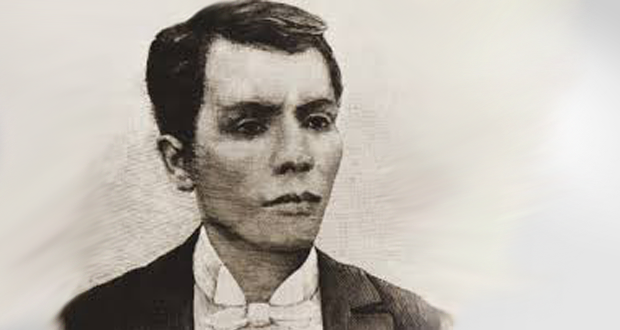 Whenever the page of November is opened, the 30th day (of November) has a color of red. Certainly, it means not only a special none-working holiday but, more so , with a very significant event in our Philippine history.  Particularly, this date brings us to our Philippine history to that great name of Gat. Andres Bonifacio, the founder of the secret society called Kataasang Kagalanggalangan na Katipunan ng mga Anak ng Bayan (KKK or Katipunan) or Supreme and Venerable Association of the Sons of the People and the 500 Katipuneros in sitio Pugadlawin, Caloocan.

Gat. Andres Bonifacio was born on November 30, 1863 in Tondo, Manila, in a small nipa house in Azcarraga Street (now Claro M. Recto Avenue) near the Tutuban Train Station.  His parents, Santiago Bonifacio and Catalina de Castro, belonged to the lower middle class. His father, Santiago, was a tailor, a boatman, and a former municipal official of Tondo. His mother, Catalina, was a Spanish-Chinese of Filipino origin from Zambales, and worked at a cigarette factory. When Bonifacio’s parents died, he became the sole bread-winner of the family.  He had to sustain himself and the needs of his brothers, Ciriaco, Procopio, and Troadio, his sisters, Esperidiona and Maxima.  He had to sell canes and paper fans for living in his early years.  He could only finish his early studies in school due to hard life and serious economic condition.  Bonifacio worked as a messenger of J.M. Fleming and Co., an English Trading; and later, as an agent of the German trading firm, Fressel and Co.  He joined the Liga Filipina founded by Dr. Jose P. Rizal at the home of the Chinese-Filipino mestizo, Doroteo Conjungco, on Ylaya street, Tondo, Manila, on July 3, 1892.

Regarded as a leading thinker of the Philippine Revolution of 1896, Bonifacio believed in armed revolution as the only means to separate the country from Spain.  Together with other patriots, who founded the Katipunan on July 7, 1892, he laid down the three primary objectives of the organization, namely, the civic, political and moral. He borrowed the structure of the Liga Filipina: the Supreme Council, the Provincial Council and the Popular Council.  There was a Judicial Council, the Katipunan Assembly and a Secret Chamber also.  Bonifacio was elected as the second Supremo of the Supreme Council of the Katipunan Government when Deodato Arellano could not perform his duties and responsibilities as supremo. When the Katipunan was discovered on August 19, 1896,  Bonifacio met his men in Balintawak then Pugadlawin on August 22, 1896. In Pugadlawin, they tore their cedulas to pieces, ‘symbolizing the end of the Spanish oppression and slavery’ and the “determination of the Filipinos for independence.”  Bpnifacio remained the Supremo of the Katipunan until the establishment of a revolutionary government by Gen. Aguinaldo in Tejeros, Cavite.

Because of the conflict of political leadership between Gen. Emilio Aguinaldo (Magdalo) and Bonifacio (Magdiwang) during the Tejeros Convention on March 22, 1897, the latter asserted his leadership as being still the Supremo of the Katipunan. Unfortunately, the leadership of Gen. Aguinaldo prevailed.

Gat. Bonifacio was executed with his brother Procopio in Mount Tala, Cavite on May 10, 1897, even without strong evidence of the guilty of treason charged by the military court. He died at the age of 34.  He remains the Father and Soul of the Philippine Revolution of 1896 that began the actual war of the Filipinos for freedom and independence from Spain.

Klaypel to Give Away P500K to commemorate its 17th year