Each bike rack was thoughtfully designed to match the location where it will be erected, in order to promote a cycling culture among Filipinos and boost local tourism.

“Kakaiba ang proyektong ito,” says the narrator. Dahil sa bukod sa ito’y kapaki-pakinabang, ito ay may mga disenyo na may kabuluhang kultural, maaaring maging tampulan ng atensyon ng ating mga bisita, lalo na ng mga turista (This project is unusual, not only is it beneficial; its design has a cultural meaning that the bike rack art installations were unveiled at the Kartilya ng Katipunan, where one of the bike racks is located, during the country’s commemoration of the “Araw ng Watawat” (Flag Day).

The ceremony also marked the start of the city of Manila’s 450th founding anniversary celebrations. 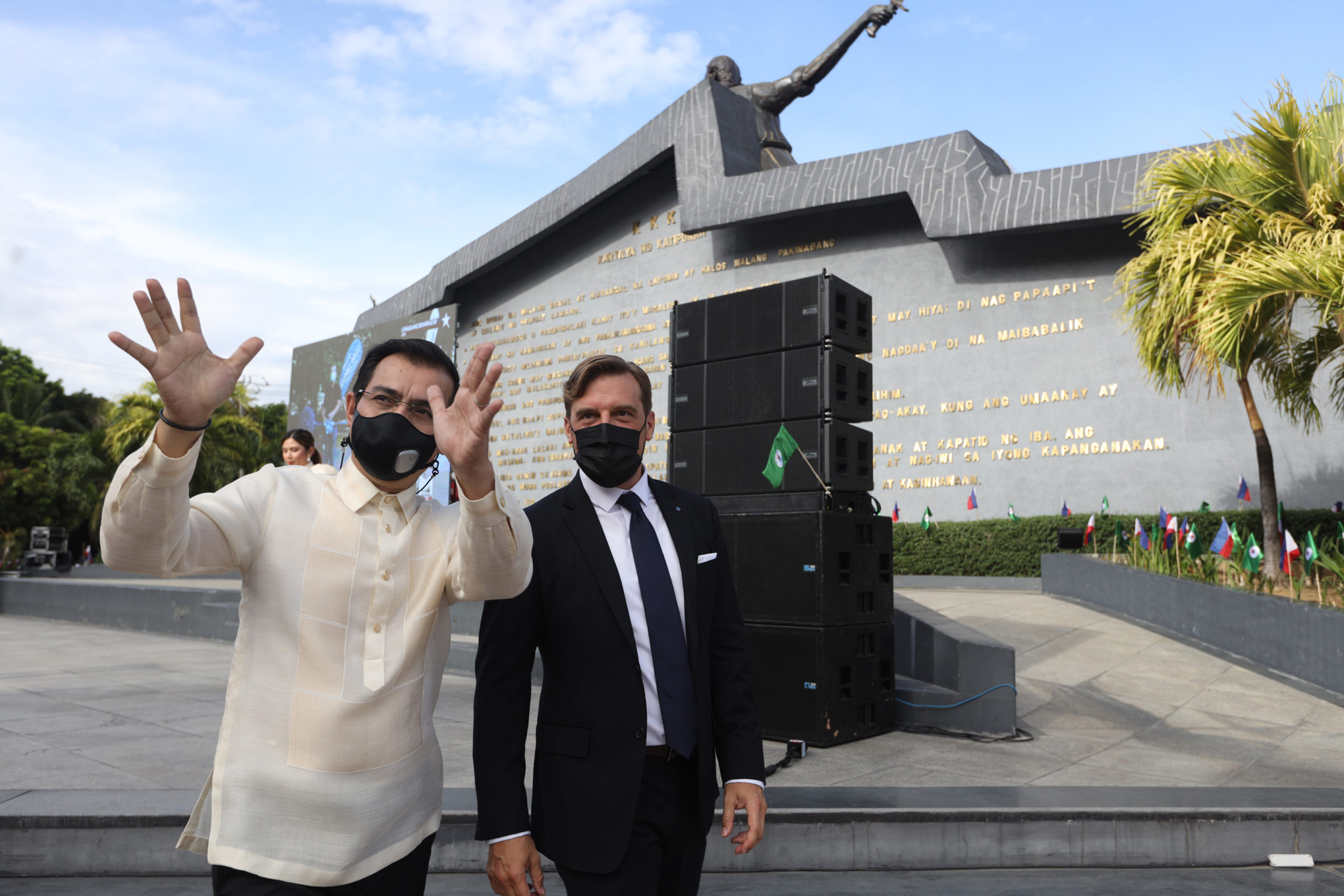 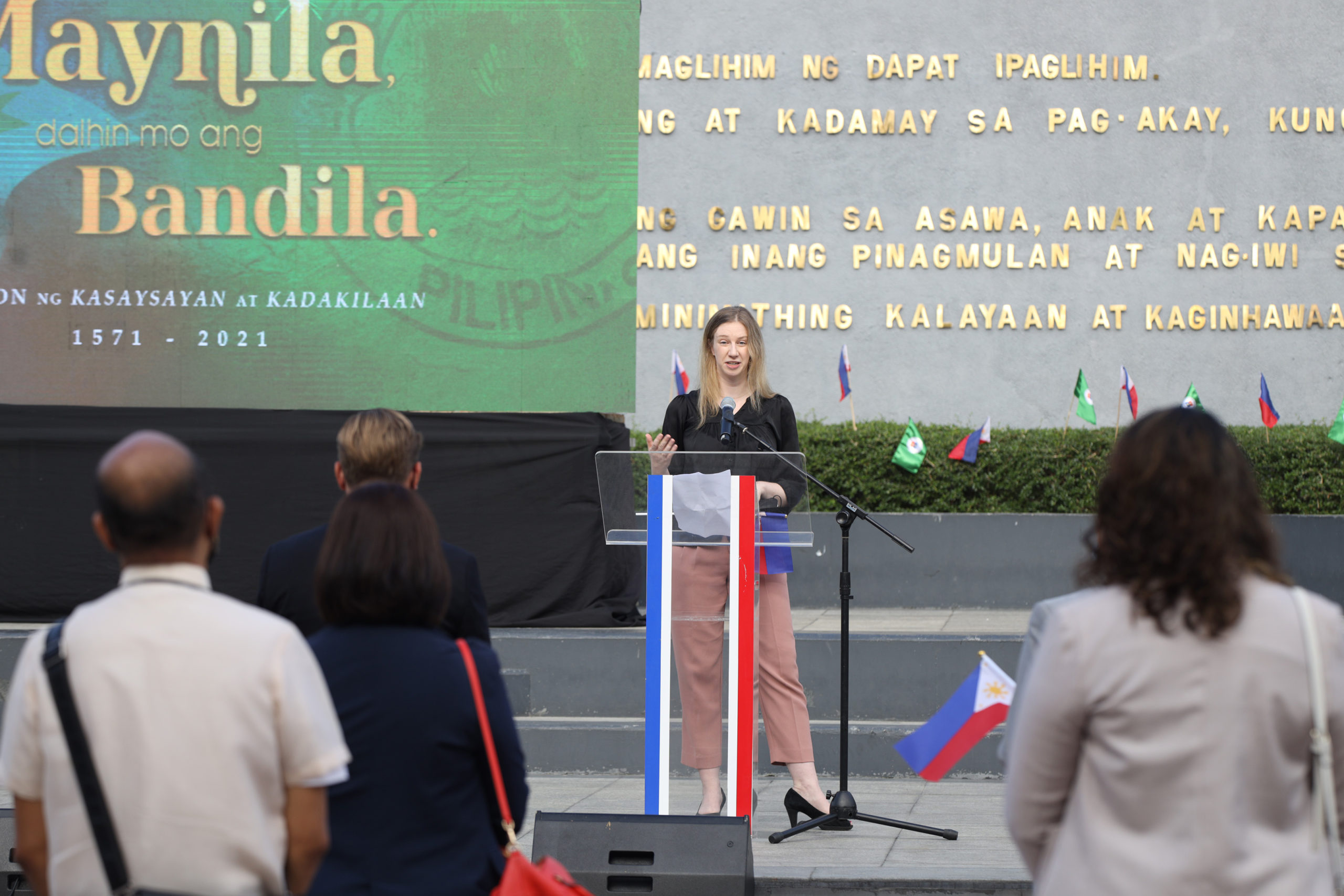 The opening prayer was led by Councilor Joel Chua, the Manila City Council’s Majority Floor Leader, and was followed by the hoisting of the flag by the Manila Police District. Vice Mayor Lacuna led the patriotic oath following the singing of the national song.

“I’m honored that we have the opportunity to debut it here today, and I’m even more thrilled that we have the opportunity to contribute art to this wonderful city and help restore it to its former splendor. Thank you again to the city of Manila. “A hearty thank you to all the frontliners, to the city staff who worked tirelessly during the pandemic and went above and above to help the communities,” Grenz added. 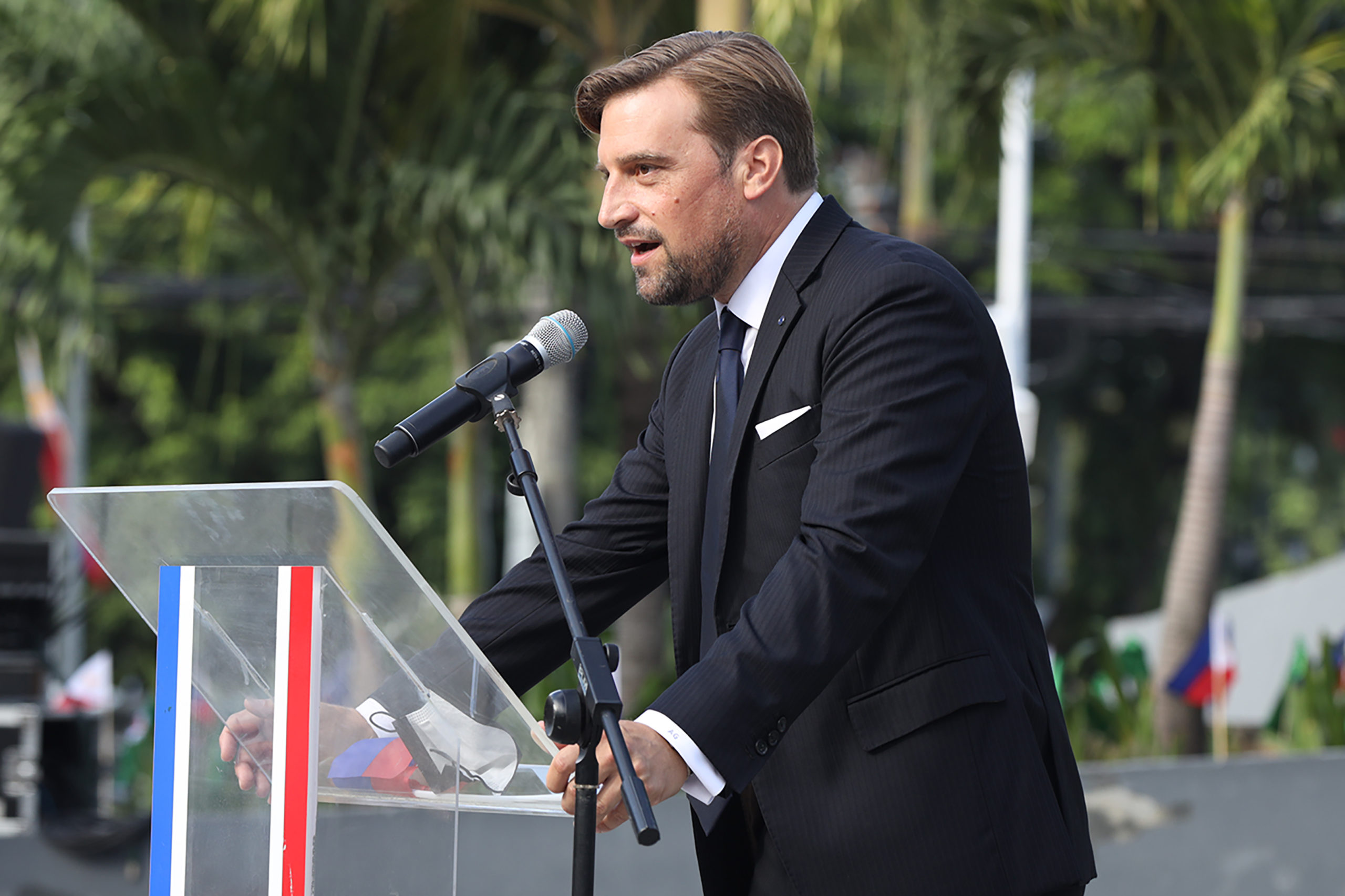 Apart from the bike racks, Allianz also provided personal and health insurance to 500 city hall officials and Manila’s frontline workers. Personnel from the Mayor’s Office who are directly responsible for the districts were among those present. They were covered for up to PhP 100,000 in accidental death, dismemberment, and disability benefits.

The Inspiration behind Bike Rack Designs
Mark Wesley Pahate, a Manileo himself, developed the bike racks and art installation in Manila.

Pahate was born and raised in Tondo and graduated from the University of Santo Tomas in Espaa, Manila, with a degree in Advertising Arts.

Pahate, a supporter of street art, worked as an associate creative director at McCann World Group and Harrison Communications before founding Eggshell, a boutique agency.

Meanwhile, the Maya bike rack is inspired by the little bird that previously flitted freely over the city’s gardens and churches.

The Alon bike rack will be located at Rajah Sulayman Park, where one can see Manila Bay from across Roxas Boulevard. It will serve as a reminder of the city’s historic bay and gorgeous sunset.

The Kalesa bike rack in Plaza Roma in Intramuros, in front of the Manila Cathedral, is a reminder of how the horse-drawn carriage formerly ruled the streets.

“Biking is one of the most environmentally friendly modes of transportation. It’s a minor step toward addressing larger issues. It lowers greenhouse gas emissions and is good for both the body and the soul. It decreases traffic congestion and the chance of being infected with the virus. Of course, it must be secure. As a result, installing bike racks is a great method to encourage more people to ride their bikes while also improving their safety. “Installing this bike rack here in this historical and cultural location is a terrific way to communicate this to the people, to urge people to come here and experience the rich culture of Manila while also learning about a small piece of German history,” Oexle said.

In 2020, Allianz PNB Life began its Ride Safe campaign, with the goal of promoting the use of bicycles as a long-term solution to the pandemic’s mobility issues.

“We are delighted to be one of the world’s most sustainable insurance firms, with a defined sustainability program written into our DNA. Also, we’ve had a number of campaigns in the past here in our community. But then came the epidemic. There are possibilities in the midst of many disasters. We noticed bikes exiting the building. Bicycling has evolved into a new mode of transportation that is both more efficient and environmentally friendly. Sustainable mobility is good for the environment, and we’re glad to see that public transportation has returned. We still see, and I expect to see even more bikes every day,” Grenz remarked.

In the first quarter of 2021, Globe receives 799 permits to construct new towers

KOICA donates 1,000 pieces of children’s books to DepEd through ICO