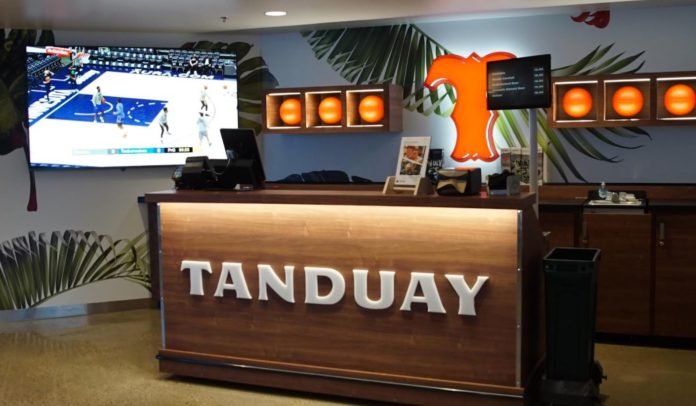 With the help of the NBA’s Minnesota Timberwolves, Tanduay was given the opportunity to open a bar in the Target Center in Minneapolis. Tanduay Distillers owns and operates the Tanduay City View Lounge, the first bar in the Philippines to be owned and run by a rum firm.

Many Timberwolves fans are excited about the new Tanduay bar. Activation Manager for the Minnesota Timberwolves and Lynx, David Manley, says, “The location allows fans on the 200th level the option to drink their favorite Tanduay cocktail while watching a game.”

In addition, Timberwolves fans prefer Tanduay-inspired cocktails, according to him. Tanguy New Fashion (Tanduay Gold Rum with cherry and bitters) and Tanduy Tropic Tease are two examples of this sort of drink” (Tanduay Silver Rum with a splash of pineapple and cranberry juice).

Tanduay’s Silver and Gold rums have been well-received at Timberwolves games. “Fans are eager to test them,” says Manley.

Ticket holders can enter at the start of the game and remain until halftime.

It was earlier this year that the Timberwolves and Tanduay collaborated to distribute branded Tanduay rum bottles in Minnesota. At Target Center, the LED courtside rotation and basket pad signage, as well as pole pads and arena signs from the renowned Philippine rum firm may be seen on television.

NBA teams like the Minnesota Timberwolves and the Los Angeles Lakers are helping Tanduay achieve its aim of international expansion. So far, it has teamed up with five of the league’s eight teams.

The rum brand has made its way into a number of states in the US, including Arizona, California, Florida, Hawaii, Illinois, Michigan, Minnesota, Nevada, New Jersey, New York, Tennessee, Wisconsin, and Guam. Tanduay goods are also available in China, Singapore, UAE, Belgium, Netherlands, Luxembourg, and Germany.

Many awards and distinctions have been bestowed to Tanduay’s rum brand over the years. A few weeks ago, it was named Brand of the Year 2021-2022 at Kensington Palace. As far as rum goes, Tanduay was the only winner in the category of Alcoholic Beverages.