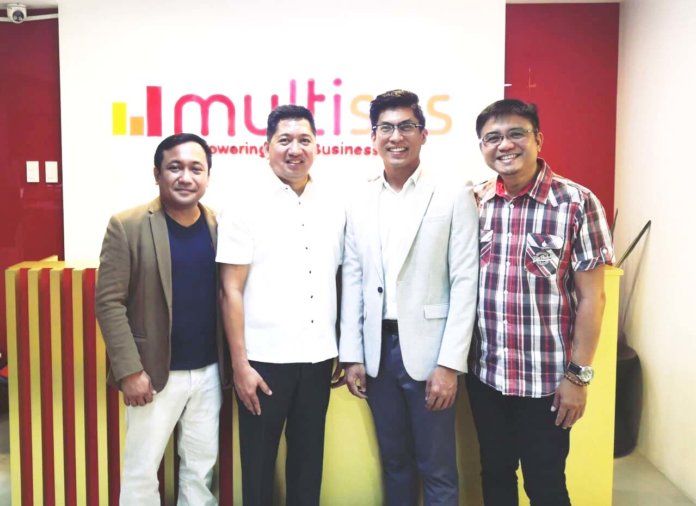 A tripartite partnership was forged today by fintech trailblazers Multisys, EON Bank and Eplayment that will enable the growing base of gamers and esports enthusiasts play and pay in one platform. This signals a more serious look into the Philippine gaming space which has been regarded as pop culture in the past years.

The partnership among fintech mavericks was initially brought forward by AdGenius Inc. CEO Homer Nievera in line with Multisys and EON’s interest to support Eplayment’s “Liga Adarna,” the first all-female esports tournament in the country. Liga Adarna is being marketed by AdGenius’ marketing arm, Admadz. Seeing a common interest in building the fintech side of gaming, Nievera, who is also Eplayment’s Chief of Strategy brought together the three top honchos of Multisys, EON and Eplayment to establish an end-to-end fintech solution for gamers.

Multisys, 45.7% of which was acquired by the PLDT for 2.15 Billion pesos last year, is the exclusive technology partner of Eplayment in establishing a multi-platform for the gaming and eSports community. It includes a marketplace and payment gateway that will connect gamers to the Eplayment account powered by EON.

In addition to the e-wallet, EON will be providing Eplayment members with banking and access to tailor-fit financial services. EON will kick-off the partnership with co-branded cards initially for Liga Adarna players and extend it to gamers and esports enthusiasts within the Eplayment network.

In addition to the ePlayment account, EON will be providing ePlayment members with access to financial services tailor-fitted to the needs of the eSports community. EON will initially launch co-branded cards for Liga Adarna players which will be extended to gamers and eSports enthusiasts within the ePlayment network.

This project pushes EON closer into achieving its vision of becoming the preferred bank for the broader mass market. Currently, EON offers a suite of deposits, loans, and payment products, digitally through its website and app, complemented by co-branding partnerships and agent branches nationwide, backed by the strength and stability of Union Bank of the Philippines.

Multisys CEO, David Almirol, Jr., invited the teams of each company to his sprawling Google-like campus in Multinational Village this morning. “I woke up early and excited to host this event. This tripartite partnership is a unique breakthrough not only in the gaming industry but also across fintech as a whole,” said Almirol.

EON Head, Paolo Baltao added, “We are very glad to be at the heart of the play-and-pay platform that is set to bring more excitement and thrill to the gaming and eSports community in the Philippines.”

Karlos Naidas, Eplayment CEO, is more than happy to expedite the final touches on what he sees is a burgeoning ecosystem.  He looks at both Multisys and EON as the perfect partners to launch Eplayment’s fintech platform as both companies are big but agile. Naidas sees the platform enabling gamers to connect to various payment solutions, marketplaces, and banking services as a unique value proposition.

“Talks and decisions in the gaming space must be fast. Working with both Dave and Paolo surpassed my expectations as we wrapped up the main discussions in a few meetings,” said Naidas.

Eplayment’s Liga Adarna tournament will have the elimination rounds in September and the semis and finals in October. The company sees the launch of their pay-for-play platform within that period.

EsportsPH.com, the content arm of Eplayment, launched last June to be the first Esports news site. It supports the gaming and esports community in promoting tournaments, players, and related activities to uplift the industry.

Eplayment has recently partnered with global tournament platform Mogul and other big gaming groups in the country and abroad to consistently amp esports participation to international levels.

How to work your employer brand following these steps

A Personal Injury Lawyer Handles What Kind Of Cases?

How to work your employer brand following these steps

Why is Don Bosco Makati the Best Catholic School in Metro...