Irene Tria | BravoFilipino | Tristram Stanley Arthurs V. Santiago or simply Tristram to his college buddies is a Physical Therapist by profession and a painter by passion.

Last Saturday (March 4) BravoFilipino was privileged to be invited at the first exhibition of his artwork from March 4-13 at the Gallery Y, 4th floor, bldg A of SM Megamall in Mandaluyong City.

At a very young age of nine, he already published his first one-page cartoon “Just a Minute” in ‘Teens Weekly’ comic magazine on March 13, 1987. He also did a Teens Weekly comic cover on March 18 of the same year.

Later in college, Tristram took Physical Therapy and made it his profession in Makati Medical Center for 17 years (until 2015).

Although he did not have a formal training in painting, through his self study, and guidance from his father, comic illustrator and writer, Hal Santiago.

Among his favourites are Andrew Wyeth, John Singer Sergent, Joaquin Sorolla, Repin, Amorsolo, Howard Pyle, Hal Foster and Alex Ross. With inspirations from these masters, his path in art grows deeper. Tristram illustrated the documentary book, “Philippine Counterstamped Coins” by Quintin F. Oropilla. Among his other works include comic books, portrait art in watercolour and oil for his family, friends and patients. He also did the exercise manual of the Makati Medical Center under the rehab department.

Tristram believes that art is science. For example, when doing nude paintings or even nude pictures, you have to study anatomy. You have to study the theory of every colour and lighting, that is Physics and when you look at it as a whole, that’s Chemistry.

His subjects vary from whatever strikes his interest or captures his emotion. He believes that photography is another form of art. He prefers live subjects to photographs unless the subject is deceased or unreachable.

“Sketching from life provides you with observations and notes you can’t get from photos. You will feel your subjects, connect with them, and most of all the initial emotion you had when you got interested with the subject continues as you make studies of it.” 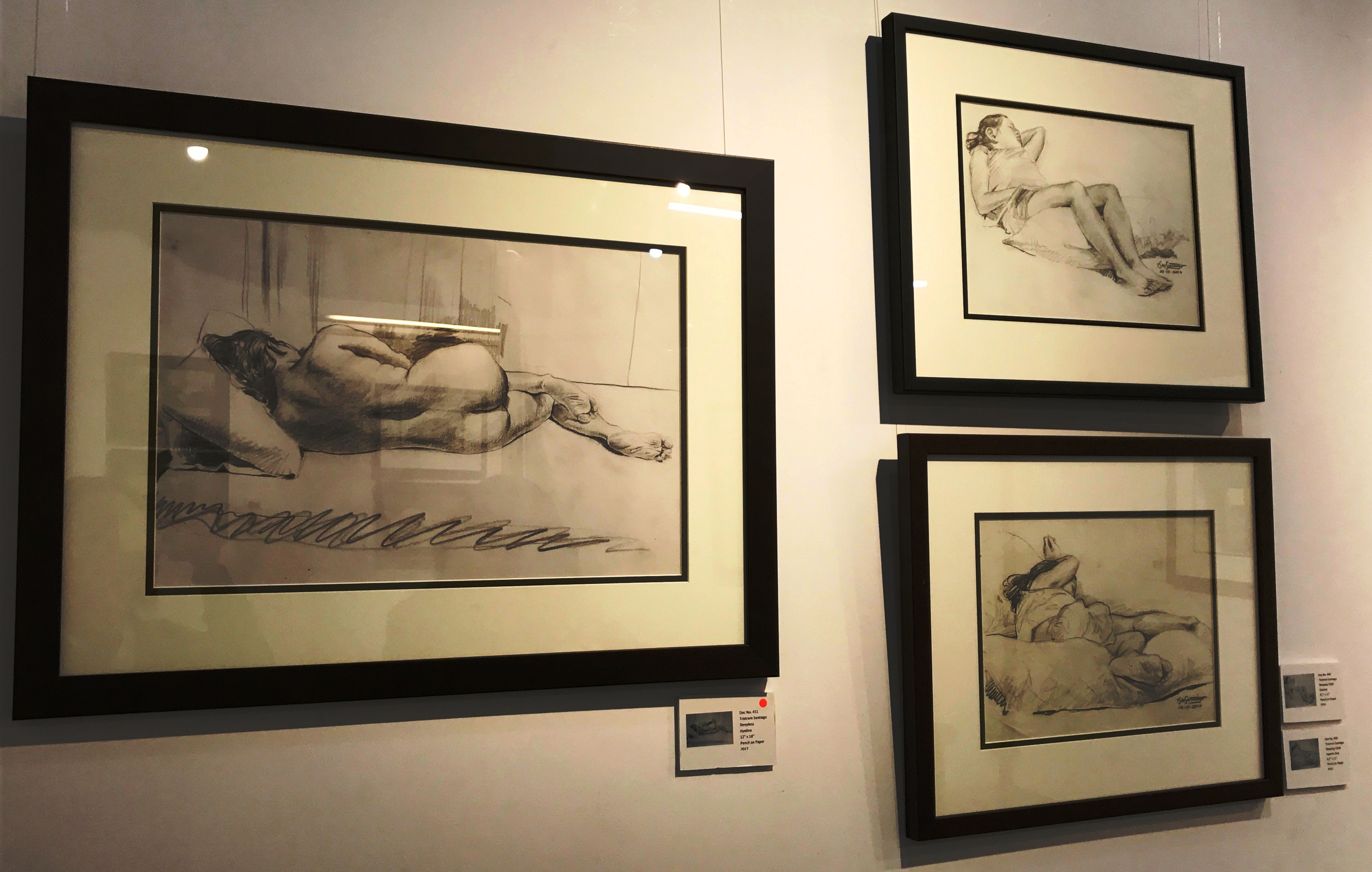 True observations and feelings are best derived from life studies than photos. Based on his personal experience and years of personal study, not only that Tristram believes that subjects are best felt first hand, but also great artists such as Wyeth and Leyendecker believe in the importance of this artistic method.

When asked what will be his advice to aspiring painters… “When you love something, if you can’t express your feeling, pursue it. If that’s what you want to do, go.”