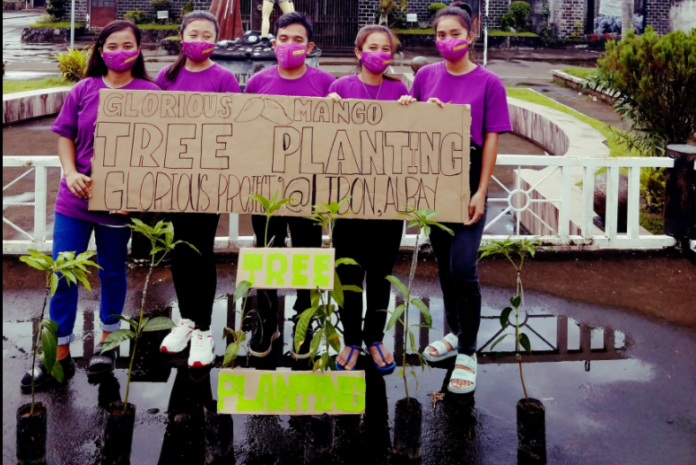 Queen of Stevia Donates 200 Glorious Mango Trees – The sweetness that is not only tasted by the tongue but is also felt by the heart | Everything started in a fantasy that surpasses a desire to innovate. And with the exceptional leadership of a lady who took the plunge to make a difference, those aspirations have come into reality.

The founder of Glorious Industrial Development Corporation, Ms. Maura David-De Leon has been concerned with the headlines as regards the forthcoming trials brought by global warming. She has been pondering non-stop on strategies on how to contribute to the environment.  The supposed to be normal chitchat with friends while in the middle of a traffic jam during one rainy day turned into a brainstorming session. They have found out and realized that they all have the same vision and passion which reinforced Maura’s conviction even more. 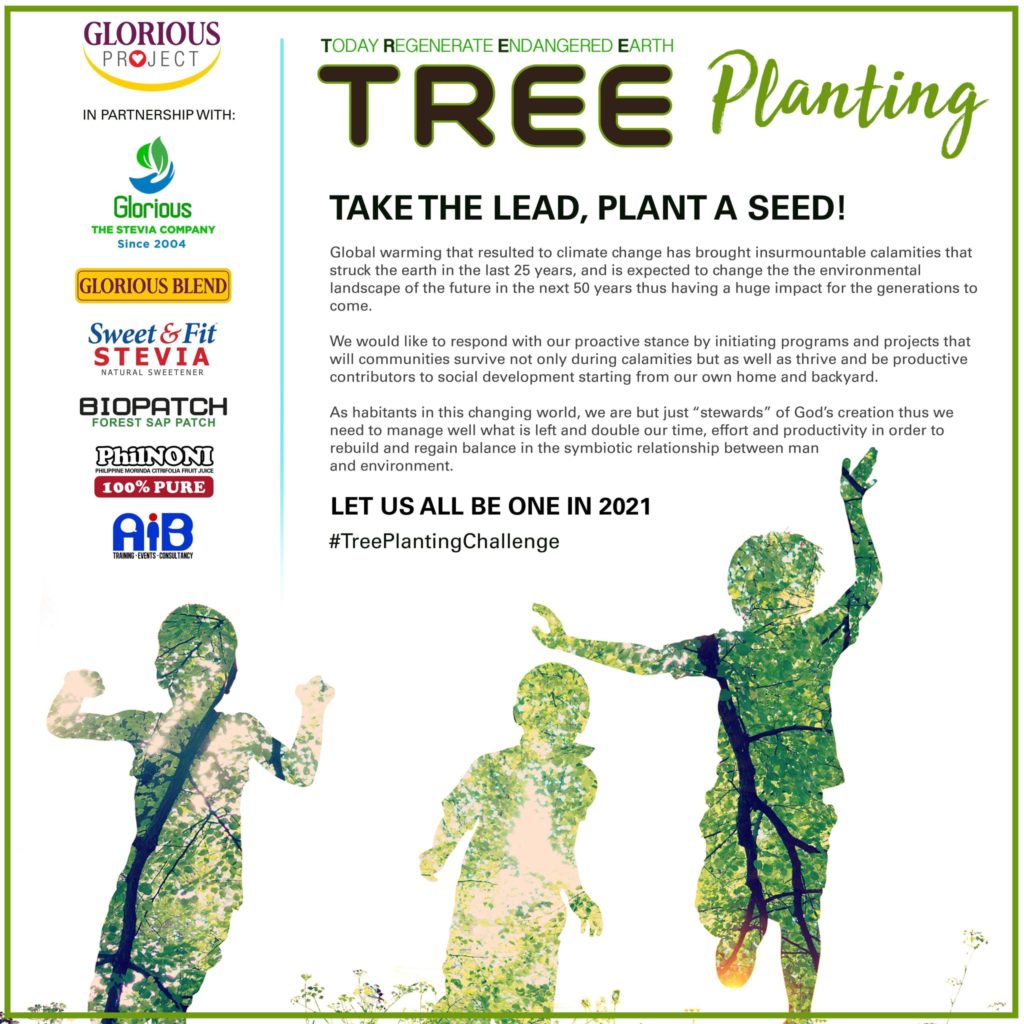 Ms. Maura, acclaimed as the Philippines’ Queen of Stevia, is a farmer herself, where planting trees is among her passion. During the deliberation of her ideas is also the onset of challenges across the social media arena, and the team has agreed to come up with a Tree Planting Challenge.

The social media page was immediately created the next day where she initiated the initial challenge of Mango Tree planting on her farm. Her friends followed through which ignited attention on the page created, commencing a handful of member requests across the globe, while other institutions which have the same goals offered collaboration with Maura’s team.

On this day, the baby step made by one fine lady with the intentions of helping the earth to heal, became a huge leap, with the continuous growth of individuals in both public and private sectors who are making the efforts to participate in the project created is one of the proofs how successful the project is.

Ms. Maura David-De Leon and her company, Glorious Blend Industrial & Development Corp is initially donating 200 Glorious Mango Trees as part of their charity work in some barangays like Tambubong and will follow through to its neighboring areas until the circle becomes bigger, while others were sent to the provinces of Samar, Bicol, and Cagayan de Oro. The project’s aim is to increase the production of mangoes in the country, provide food, and help the locals earn for their living.

As the company celebrates its 17th year in the industry on this month of February 2021, the organization’s leaders are thankful to its employees and partners for their hard work, trust, and dedication to being part of the company’s milestones.

The pillars of Glorious Blend Industrial & Development Corp firmly believe that the success of each project becomes certain when the presence of commitment to help others is absolute. It all needs is a torchbearer that will lead others on their vision’s success.

Where to Buy Sweet and Fit Stevia