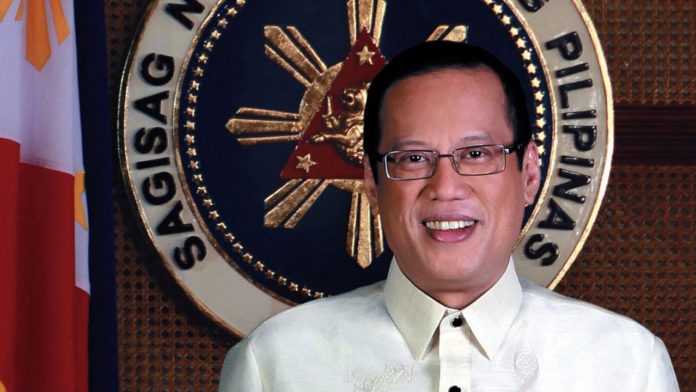 Aquino, commonly addressed as PNoy, was 61 years old when he died. It was initially reported that he was rushed to the hospital. Breaking news from ABS-CBN then reported the former president as passed away.

Tweets and Viber groups had initially been buzzing with Pnoy’s passing away, but it was ABS-CBN News that confirmed the reports first.

Since his presidency ended, Aquino has remained mostly silent and out of the spotlight. The former president, who is a noted smoker, was admitted to the hospital on Thursday.

Aquino is a fourth-generation politician who served as the Liberal Party’s head between 2010 and 2016.

He was the son of Corazon Aquino, the Philippines’ president from 1986 to 1992, and political leader Benigno Simeon Aquino, Jr., both of whom came from politically powerful families. In 1980, the elder Benigno, an anti-Ferdinand Marcos figure who was imprisoned when the younger Benigno was a child, was released and allowed to travel to the United States. After graduating from Ateneo de Manila University with a bachelor’s degree in economics the following year, the younger Benigno joined his family to Boston. His father returned to the Philippines in 1983 with the intention of running for president against Marcos, but was slain shortly after arriving. Despite this, the family soon returned to the Philippines, where the young Aquino worked for organizations such as Philippine Business for Social Progress and Nike Philippines.

In 1986, he was made vice president of his family’s Best Security Agency Corporation, the same year his mother was elected president of the Philippines after her opposition group successfully charged incumbent President Ferdinand Marcos with voter fraud. In 1993, Aquino quit the company to work for a sugar plant operated by another family. Finally, in 1998, he entered politics as a member of the Liberal Party, serving as a representative of Tarlac province’s 2nd district for the constitutional maximum of three terms. He was also deputy speaker of the House of Representatives from 2004 to 2006, but resigned before joining other Liberal Party leaders in calling for the resignation of President Gloria Macapagal Arroyo (2001–10), who was accused of corruption, including the rigging of the 2004 presidential election. Aquino served as vice-chairman of the Liberal Party from 2006 to 2007, when he ran for a Senate seat at the end of his final term in the House of Representatives.

Aquino announced his presidential candidacy in the 2010 election in September 2009. His mother, who was seen by many as a symbol of democratic governance in the Philippines, had died the month before, raising Aquino’s reputation and motivating him to seek higher office. Despite the fact that his opponents for the presidency were seasoned politicians like Joseph Estrada, who had previously served as President of the Philippines (1998–2001), Aquino was regarded as the front-runner from the start. Aquino won the presidency by a large margin in the May 10 elections.

The signing of a peace agreement with the Moro Islamic Liberation Front (MILF) in October 2012 was Aquino’s most significant domestic achievement. The agreement granted extensive autonomy to a Muslim-majority region of southern Mindinao, putting an end to a four-decade-long struggle. During Aquino’s presidency, the Philippines saw tremendous economic development, but unemployment remained high, and opposition leaders claimed that the gains went primarily to the country’s elite. Aquino was also chastised for his government’s sluggish reaction to Super Typhoon Haiyan, which devastated the Philippines in November 2013 and killed 8,000 people, and displaced over 800,000 people. China’s increasingly assertive posture in the South China Sea was the most critical foreign policy problem during Aquino’s presidency.

The Philippines requested a ruling from The Hague’s Permanent Court of Arbitration to determine who owned a reef claimed by China despite the fact that it was located within Philippine territorial seas. Despite the fact that the court later determined that China had no title to the reef and that its acts had violated Philippine sovereignty, China has dismissed the ruling. Aquino, who was only elected for a single six-year term, backed Manuel (“Mar”) Roxas to succeed him in 2016.

The grandson of former President Manuel Roxas, Roxas represented the mainstream political establishment at a time when voters were plainly fed up with the existing quo, and he came in second place to fiery populist Rodrigo Duterte. On June 30, 2016, Duterte took over as president from Aquino.