Home Entertainment Pacquiao Retires with a win over Bradley

The Pacman retired in style.

Manny Paquiao showed why he is a living legend in the hearts of many Filipinos. He won by unanimous decision over Timothy Bradley Saturday night (US time) at the MGM Grand Hotel and Casino, in Las Vegas, Nevada.

I don’t remember much about what happened in the fight.He was faster quicker stronger he did everything he had to do tonight, said Bradley after the fight.

From the opening bell, it was clear who wanted to win. Manny Paquiao was in his old fighting form but faster and quicker from his recent and previous fights. Bradley didn’t stand a chance.

This fight is different because I was aggressive but also careful, said The Pacman, in a statement after the fight. 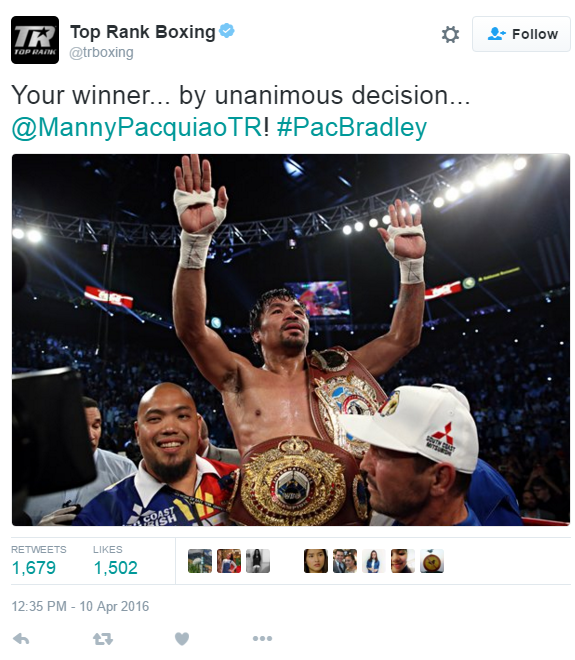 During the fight, Tim Bradley was caught off-guard and got knocked down twice.

Bradley, after the fight said, “I’ll be back…thank you guys for coming out for me.”

He’s good, he’s great. He’s faster, quicker and stronger and he did everything right, admitted Bradley of The Pacman.