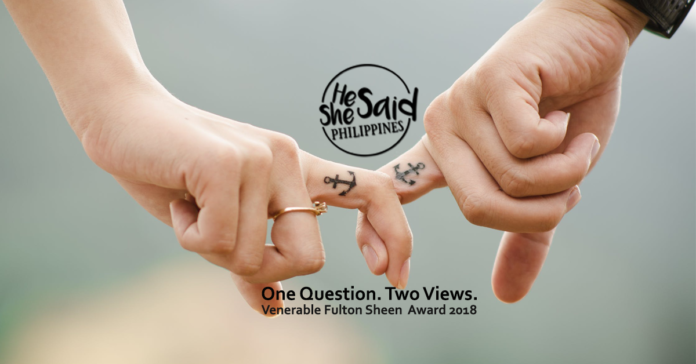 BravoFilipino | Homer and Jinky Nievera, the couple who created the online advice blog, He Said, She Said PH, won The Venerable Fulton Sheen Award for 2018, in the recently concluded 2018 CATHOLIC NEW EVANGELIZATION AWARDS.

Fondly called Tito Homer and Tita Jinky, they started the Facebook-based blog in 2016 as advocacy to give online advice to couples and single men and women on relationships. They have branched out into a content-based website under the Negosentro Group of Publications. 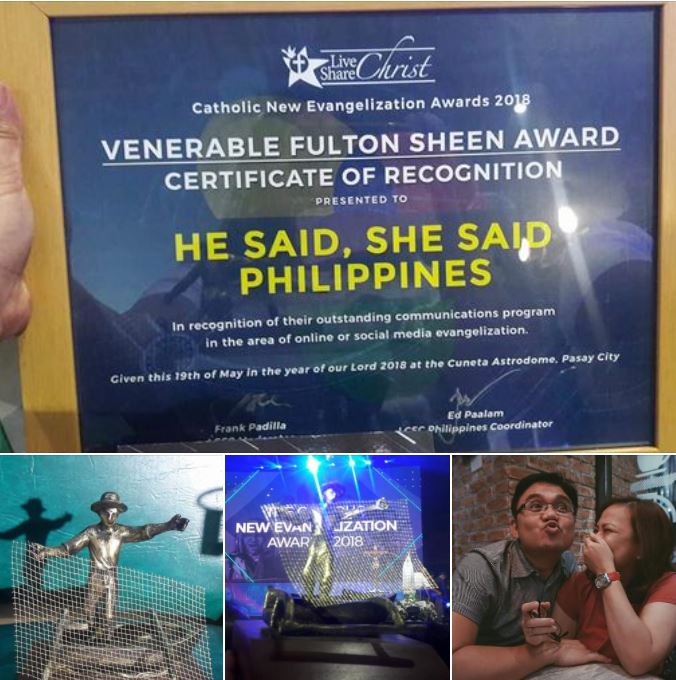 The Venerable Fulton Sheen Award is given to a parish, group, and/or organization with an outstanding communications program in the area of online or social media evangelization. The said communications platform must be engaging, relevant, and impactful to its audience. The He Said, She Said PH blog maintains a 400,000+ following on Facebook.

The Nieveras were previously based in the US but came back to the Philippines after selling their interests. Though Homer Nievera has eventually partnered with a New York-based entrepreneur to set up a Mediablast branch there. Mediablast is the main digital company where Homer (or Homerun) is the Chairman.

Homer Nievera is an established blogger turned group publisher. He started Negosentro.com in 2011 and has also since become a consistent award-winner in the small business space worldwide. He started his journalism career as a contributor to Philippine publications in his college days, a contributing writer for World Executives Digest in the early to mid-1990s, as a columnist on the Daily Tribune on tech, and then as Asian Bureau Chief of the Asian American Times in the early to mid-2000s.

ABOUT THE 2018 CATHOLIC NEW EVANGELIZATION AWARDS

This 2018, we will be handing out special awards to parishes, groups, and/or organizations who have shown exemplary service and commitment in the work of new evangelization today. Inspired by the lives of the great saints, special awards are given to deserving awardees that embody the virtue and example of the saints from whom the awards are named.

Dra. Minguita Padilla gives a background on the collective statement of indignation from doctors.

Dra. Minguita Padilla gives a background on the collective statement of...

Dra. Minguita Padilla gives a background on the collective statement of...