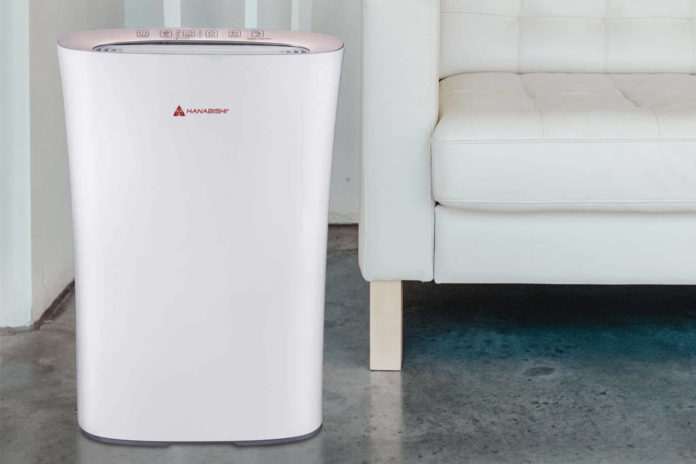 BravoFilipino.com | Have a Cleaner Air at Home with Hanabishi’s Air Purifier | Now that we have to spend more time at home, it’s important to pay more attention to the air we breathe indoors. While regular cleaning, keeping houseplants, and opening windows to let in fresh air can help, having an air purifier is a hospital-approved and efficient way at reducing the harmful particles inside your home.

Researches have shown that air purifiers have a lot of benefits such as eliminating allergens, pollutants, and fumes. It can also lessen the carbon dioxide content in the air and increases air circulation that traps more pollutants. It even traps tobacco smoke and remove similar triggers for asthma attacks.

“These days practical Moms should step up to protect their children and their elderly companions or those members of the family with chronic respiratory illnesses. We always think of what’s best for our family – yes, our extended families,” said Cherish Ong-Chua, Vice President for Finance and Marketing of Hanabishi Appliances.

Its first layer serves as a pre-filter, which traps large pollutants like hair and flocculence. For its second layer, it has the HEPA Filter, which helps remove up to 99.97% of allergens and germs as small as 0.3 mm.

An activated carbon layer serves as its fourth layer. This helps minimize odors like formaldehyde and benzene. Its last layer is comprised of a nylon mesh filter that protects the HEPA Filter.

You can place it anywhere in your home. It can purify air for areas of up to 30 sqm. Have one inside your bedroom to enjoy a good night’s sleep.

Spanning more than three decades, Hanabishi has established its reputation as a provider of affordable yet quality home products that lasts, which paved the way for its tagline “Kapartner from Start to Forever.” Hanabishi Home Appliances are available at leading appliance stores nationwide. For more information about Hanabishi, please visit www.myhanabishi.com/shop/and like them on Facebook: www.facebook.com/MyHanabishiAppliances/