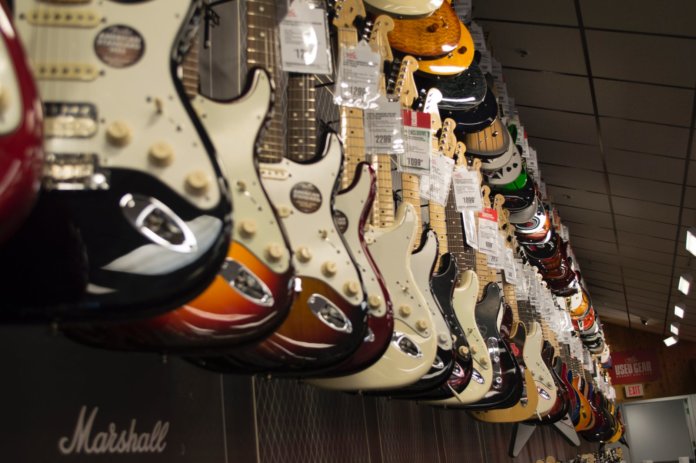 Guitar cables are something that you should consider investing in, and while some cable companies claim that the insanely expensive will create a better sound, you should also know it’s not always the case. After all, some rock legends probably didn’t start off using some 80-dollar guitar cable, but instead went the cheaper route. However, it does affect the sound in some cases, and here, you’ll learn how they affect the sound exactly.

They Have Better Shielding

Yes, better-quality cables will reduce the interference outside, which in turn will allow for a better sound. They also tend to have better solder joints, which allows for the signal from the guitar to go to the destination better, and it will reduce the influence, and it will also reduce the unwanted sound in many ways. It’s definitely a benefit of these that does exist, and you should always consider that they do help when it comes to shielding the interference from the outside sounds.

But not in a positive manner. If you have a cable connected period, it adds capacitance, along with inductive loading to the signal that’s there, and obviously, the longer the more this adds. Now, it isn’t to say that a little will completely affect this, but if you use a cable of about 20 feet or more, this can cause the tone to dull a little bit. Length also may mean issues in terms of quality, since many times, you may lose some sound quality if you have a cable that’s too long. So, short cables don’t affect this as much, but a longer cable can cause issues.

Some Can Be Too Good for Sound

decent cables can cost a lot compared to your generic ones, but many times, you may notice that they have a crisper higher and a better fidelity in terms of the frequency. However, in some cases, this can make it almost too harsh or too cold, and if your guitar cables are causing this, it’s part of the reason why some experts will tell you immediately that you don’t always need to get something that’s over 100 dollars, since it will be all relative in many cases.

Some players may even go for the vintage cables since they tend to use these as a “warm up” for their amp. The Radio Shack cord is one that many users like, since it is a spring-loaded cable, and it can create a better raming when it comes to the harsher highs that you might be going for.

The tone is Affected

Guitar cables play a huge role in the tole actually. You either get one of the two major extremes, either it’s lifeless, honkey, quackery, and muffles, or it’s thin, brittle, and compressed. The longer, higher-capacitance and lower conductivity ones typically create the dull tone, but the short, expensive, and the lower capacitance typically creates a more shrill and compressed sound, and they tend to be expensive in many cases. The tone is affected if you aren’t careful, and you have to balance out the difference in both of these. Guitar cables need a proper balance of both of these factors, and typically if you have a good amount of the muffled and dill, it actually creates a full and smoother result, and if you have the right amount of the latter, it creates a clearer and brighter, and a much more open result.

So yes, the cables do affect your tone, so you should always make sure that you keep that in mind when choosing your cables.

Throughout this post, you’ve seen that word before. Capacitance. It’s something all cables have, and you need to realize, that whatever cable you want to use, you’ll have some sort of capacitance to it.

So why does it matter? Well, if you have too much, usually in the longer cords, you get a less high-end frequency response, which essentially is your treble.

If you notice that you’re having issues with tone, it’s really nothing more than that. It usually is caused by more cable capacitance that you need, and only because you have too much, nothing more nor less. So yes, if you’re wondering whether it can create issues with the treble, it sure does.

So does the wire matter?

The answer to this is no. It’s essentially wire when it goes to the speakers themselves. Nw, you may need a heavier gauge for the current, but the main thing is that the wire will essentially be wire, and usually that doesn’t apply to the audio signals. So whenever you see those fancy wires that have so many different factors in them, know that they typically don’t have any bearing on the sound, but instead on the resistance, inductance, and other factors.

It isn’t just the capacitance, but it’s also the output impedance, which is essentially the signal of the guitar into the cable itself. The pedal, pickup, or any electrical resistance in the output matters, and this, multiplied by the capacitance is what affects it.

The simple answer is yes, the cable if it has too much of this, will affect the treble and will give you a terrible tone. You don’t need a ton of this, and you should ideally go for a lower sound, since the lower this is, the more treble that comes through, and can make the sound much better.

This is mostly affected by the guitar pickups rather than the actual cables, but this, when it works with the cables, can cause your capacitance to either be good or bad. With a higher output impedance, you don’t need as much capacitance, so these two factors do affect your sound.

Understanding guitar cables can be complicated, but learning about why they matter, and the different factors of each can play a major role in whether or not you should invest in a pair of cables or not.

Author bio: Emily Bartels is a Content Writer and Developer at Melbourne Music Centre that helps businesses. She has been in this industry for 5+ years and specialises in writing educative content on  Music Centre. She loves to read trending news to keep her updated!