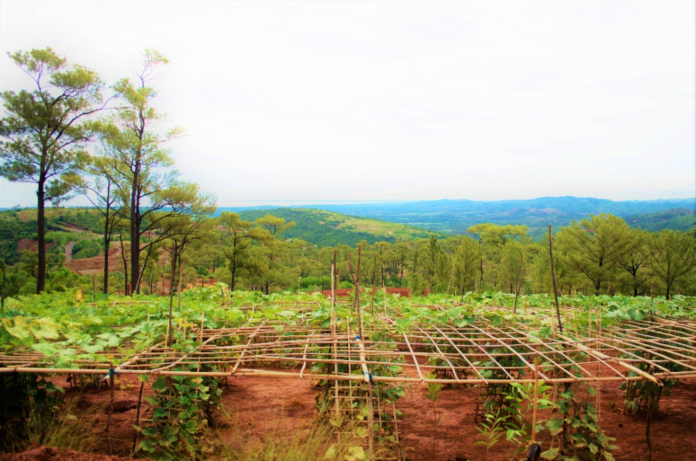 Responsible Mining is advocacy to reform mining activity, putting priority in social and economic well-being as well as strengthening environmental protection. Acknowledging its importance, Eramen Minerals Inc. (EMI) has been an advocate of responsible mining since its foundation. They have not only spoken up about responsible mining; they have reflected these words in actions through the activities they conduct throughout their operations.

EMI has continuously implemented the maintenance rehabilitation of their mine site with projects such as the Temporary Rehabilitation Program (TRP). The TRP includes the Gulayan sa Minahan initiative where different species of plants have been sown in the mine site to determine which crops could be grown there sustainably. Their advocacy extends beyond their mine site as well as conducts activities to support their surrounding communities such as clean-up drives in different barangays in Sta. Cruz, Zambales.

The company mission of Eramen Minerals Inc. is something they truly stand by and practice. They aim to be a responsible mining company led by professionals committed to the highest standards of corporate citizenship and environmental sustainability through an active partnership with its stockholders, service providers, and their host community. Their track record is proof of this mission.

Eramen Minerals Inc. has been recognized by the industry for its excellence in the field, garnering awards such as the Titanium Achievement by the Environmental Award Section Committee and Presidential Mineral Industry which they received in 2013. The award was given in recognition of their satisfactory environmental safety and health management, as well as community development in the conduct of their mining operations. Eramen Minerals Inc. was also ranked 3rd Runner Up for the Safest Surface Operation Award from the Philippine Mine Safety and Environment Association awarded by the Department of Environment and Natural Resources – Mines and Geosciences Bureau.

Eramen Minerals Inc. takes responsible mining seriously, and this has been recognized by distinguished organizations through the awards given to them. It has also affected the host and neighboring communities whose lives they have touched by going over and beyond compliance. They stand for something beyond just mining, as seen through their compliance scorecard results. The Annual Sustainable Development Program alone received a score of 96% on the DENR MGB Region III Scorecard. Safety and Health received a 99%, and Environmental Management received a 97.15% with an overall rating of 93.19% compliance, one of if not the highest rating in Sta. Cruz, Zambales. Erika Fernandez, Assistant to the President, vouches that the positive impact has been felt by many members of the community, and it will be felt by many more in the years to come.

VP LENI ROBREDO – Proving that Women Can Lead the Philippines