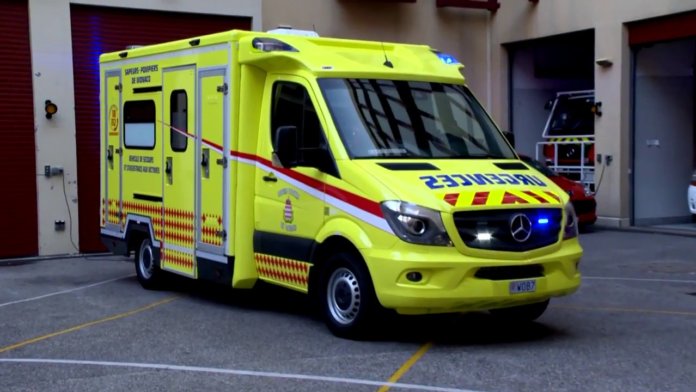 An ambulance is a specially designed vehicle whose main purpose is to reach the destination of casualty and transport the injured and sick to the hospital for immediate treatment and care. You can compare an ambulance to an emergency medical room but on wheels.

An ambulance is designed in such a way that it has room for medical experts called paramedics and Emergency Medical Technicians (EMTs) who utilizes important medical equipment available in the ambulance such as a stretcher, oxygen supply, IV equipment, and heart monitors, to help stabilize the condition of the patient till he/she reaches the hospital. As it is the matter of life and death, our responsibility as a good citizen is to make sure that we do not come in the way of an ambulance and slower its process, as every second is crucial for the patient.

Initially started with the use of wagons to transport the patients, ambulances have evolved into much better, faster and convenient mode of transportation for people in need of medical treatment. Ambulances can be classified into two categories: Land ambulance and Air ambulance

#1 Land ambulance: These ambulances are the standard vehicles for picking up a patient from the scene of his problem. These ambulances are a necessity for every hospital. They should dispatch as soon as they get the information about the casualty. According to the extent of the problem, these road ambulances have different types as well:

Limitations: These vehicles usually get late due to the traffic problem. Other challenges faced by land ambulances are long distances, road constructions and the possibility of vehicle damage like shortage/leakage of gas or other engine problems.

#2 Air ambulance: These are the vehicles which carry sick and injured through the air by the means of helicopter and airplane. These are the medical air transport services which are equipped with the highest quality of medical instruments such as a cardiac monitor, ventilator, oxygen pump, defibrillators, intubation equipment, and more medical necessities which help to treat and stabilize the patient during the course of transportation.

Air ambulances are very helpful while covering long distances and at the time of major casualties where a large number of people needs to be rescued or treated. Organ deliveries are also usually done through helicopter or airplane.

Limitations: Air ambulance is a very expensive mode of transportation and is used only at the time of big emergencies. These flights can also be delayed due to bad weather conditions.

25 Years of Building a Brighter Future in the Philippines